Showing posts from August, 2021
Show all

I have begun work on  a celebration and exploration of the story of Saint Barbara, the beautiful daughter of Dioscorus, a wealthy pagan in the third century in Turkey who locked her in a tower to keep her from being married.   If this story sounds familiar it’s because Saint Barbara is the inspiration for Rapunzel.  Barbara somehow found out about a strange cult—this was the third century—called Christianity.  She  deceived her father into allowing a priest to visit her in her tower and was secretly baptized.  When Dioscorus found out he pulled her out of the tower and tortured her and then threatened her with beheading if she didn’t recant. She was steadfast in her new faith and so he chopped off her head and then he was struck by lightning and then a mountain fell on him. Barbara went to Heaven and is now the patron saint of all those who are about to be struck by lightning, also architects, geologists, stonemasons and artillerymen.   There’s a ton of art dedicated to Barbara,
Post a Comment
Read more 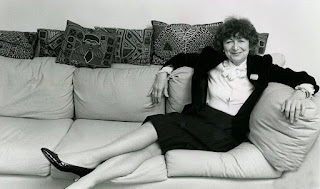 Our friend Marcia died last week at the age of 95.  She was the first woman to become vice-president of a major Hollywood studio; a glass ceiling smasher who climbed almost to the top and didn't pull the ladder up after herself, she was one of the worlds' great encouragers, especially to other  women .  There was a beautiful tribute to her in Wednesday's New York Times--here's a link.                                                                            https://tinyurl.com/japeu5nn We go back a long way with Marcia.  Remember my blog about discovering the rhino of the Plaza of Musee D'Orsay?  How I said it was a magical moment, partly because we were in Paris, about to meet friends for lunch?  Marcia was one of those friends. Here's a moment from that trip-Marcia and Arthur sitting on the tomb of Simone Signoret and Yves Montand at Pere LaChaise Cemetery--the most fun I've ever had in a graveyard. There was a lot of urban hiking on that excursion and Ma
Post a Comment
Read more 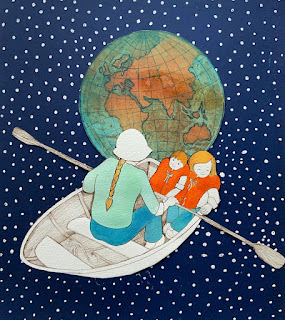 My post is a day early this week because I want to tell you about a show I'm in at    El Barrios Artspace PS109;  The show's title is Women Celebrate Women, and the opening is this evening, featuring the work of a whole host of wonderful women artists.  Here's a preview of what I'm showing. This is a work in three parts, celebrating three facets of womanhood as I live it; as a mother, a citizen and an inhabitant of an endangered planet. First, as a mother I have felt both empowered and lost. this is a collage of a pen and ink drawing and two prints, one an intaglio and rolled color etching, one a rolled color embossment. The drawing is from a picture  Arthur took of Jessie, Sam and me on vacation in Maine. It was a time full of those little moments you want to stop and savor, to be sure to remember them.  the collage shows both the feeling of being fully in charge, of rowing and steering our family ship, but also being in uncharted territory.   Producing and then nurtu
Post a Comment
Read more

Looking at Both Sides- Or More 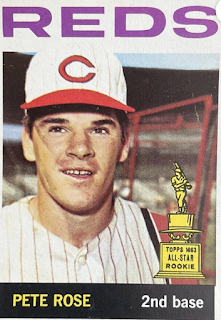 A recent clue in the New York Times crossword puzzle was a four letter word for Red Rose.   The answer is...Pete!     Pete Rose of the Cincinnati Reds.  Arthur says he wouldn't have gotten that. The Times puzzle reminds you that words can have wildly disparate meanings.  Like, "diamond" can be about baseball or jewelry.  You have to keep an open mind.  It can be mind boggling.   That's true when I think about Pete himself.   Pete Rose, "Charlie Hustle." He's an extraordinary baseball player with phenomenal stats;  he was a  switch hitter   and is still the all-time MLB leader in   hits   (4,256), games played (3,562),   at-bats (14,053), singles (3,215), and   outs   (10,328). [1]   He won three   World Series , three   batting titles , one   Most Valuable Player Award , two   Gold Gloves , and the   Rookie of the Year Award , and also made 17   All-Star   appearances at an unequaled five positions ( second baseman ,   left fielder ,   right fielder ,
Post a Comment
Read more
More posts