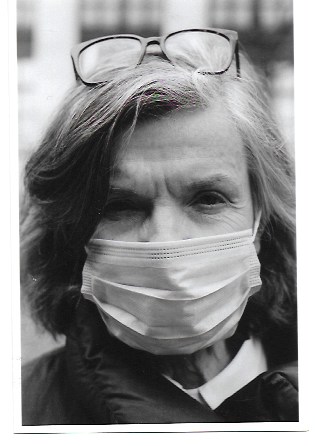 Here I am as we approach the second anniversary of the Pandemic at least the lockdown.  I thought I was feeling pretty good, but took at the furrowed brow.  Also, my glasses now live almost permanently on top of my head, because with the mask they're always fogged up. I'm having a fallow period about drawing these days, which is never fun.  I did this,  taken from a fountain I saw at the Met.  I re-figured it as a window from Saint Barbara's tower, imagining  what she may have seen when she looked out.  My grandson, Teddy, was here last week and said, "MomMom, I saw the picture you're working on and it's pretty good but you should put some people in it." Thanks, Teddy.  He's eight.  Here's one of his major works.  The fallow periods always come and they never last, but they're no fun, even though I know there's real work being done under the surface.  One thing to do is clean the studio. In doing so I found a little book that I must have t
Post a Comment
Read more 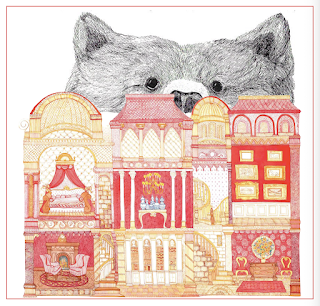 My Valentine's birthday is February 15, so this is a big week for us.  Why a Bear?  When my nephew, Danny, was about six he said to me,  "When I was really little I saw Arthur in his bathing suit, and I said, 'Wow, Arthur, you have a lot of hair on your chest!' And he didn't even look up-he just said, 'Well, Danny, I used to be a bear.'  And I believed him for a long time!" Arthur has told me that he also told Danny it was a secret.  Well, he kept it for three years. Danny has grown up to be Senior Counsel to the Senate Judiciary Committee.   This makes it exciting to watch confirmation hearings because there's always the chance of a Danny sighting, even if it's only his chin. In the Senate he's not called Danny but Dan.  However in our family, Dan Swanson is our uncle Dan, George Daniel Swanson, our Dad's baby brother.   He and I go way back. Dan is also celebrating his birthday this week--February 14!  He was my grandmother's Val
Post a Comment
Read more

what Does Saint Barbara Think of This? 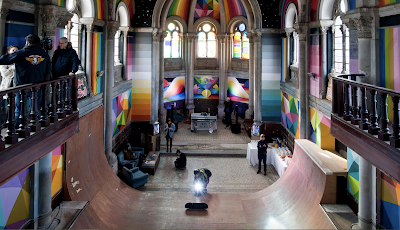 I was planning to take you on a stroll through the collages of 2007 in my date book, for that year and I will, but first look what popped up in my email this morning! This is the church of Santa Barbara in Llanera, Spain, built in 1912,  abandoned for some years and then discovered by a group of skateboarders who "saw the church's potential for their type of worship."  They formed a collective titled "The Church Brigade" and installed a halfpipe where the pews once stood.  What would Barbara think?  Well, she was a pretty adventurous girl who was open to new things so I'm going to guess that she's there, enjoying the fun. I hate to see a church fall into disuse, but I also try to practice reduce, reuse and recycle so I'm celebrating. And doesn't it look pretty?  I love all the colors, and the big owl over what was once the altar. But let's talk about me. I've talked before about the notebooks I started keeping when I quit teaching to wor
Post a Comment
Read more
- February 03, 2022 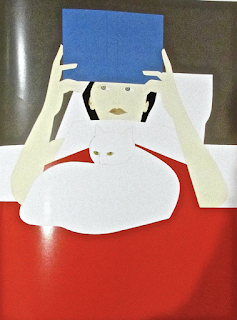 This week I learned at the last minute of this exhibit at the Nation Arts Club Gallery; "In 1948, with the help of Will Barnet, Robert “Bob” Blackburn started the Printmaking Workshop - one of the premier printmaking studios in the country. Blackburn was a student of Barnet’s at the Art Students League, and by 1949, he was designated a Master Printmaker by the National Academy of Design. The Printmaking Workshop dared to be innovative and attracted artists of all levels. Blackburn and Barnet collaborated on breakthrough works mutually defining their careers. The impact of both artists on the printmaking world still resonates today as demonstrated by the eclectic group of artists and techniques included in this exhibition."  You know Barnet's work. He was no longer teaching when I got to the League but he gave an artists talk my first year there.  I've always remembered how he told of drinking at the Cedar Tavern in the V illage, and saying to someone, "You say C
1 comment
Read more
More posts