Showing posts from April, 2022
Show all

- April 28, 2022
This Wednesday was my Dad's birthday.    This is one of my favorite  pictures, taken around 1943, probably by my grandmother; m y Uncle Dave, Dad's best friend, Billy Allhouse, Dad, and Dave's best friend, Charlie Medd.  Now they've all passed away, or, as we Presbyterians say, they've joined the Church Triumphant. That is, I'm not positive about Charlie, but as far as I know, they all graduated within a year or so of this picture, all served in the military, raised families and lived full lives.   To me this picture provides proof that there is Baseball in Heaven.  Dad would be ninety-seven.  He would have hated being ninety-seven.  He died twenty years ago, too soon as far as we were concerned but he avoided many of the indignities of old age and made a clean getaway.  Shortly after he died I found this poem. Father Ted Kooser May 19, 1999 Today you would be ninety-seven if you had lived, and we would all be miserable, you and your children, driving from clini
1 comment
Read more 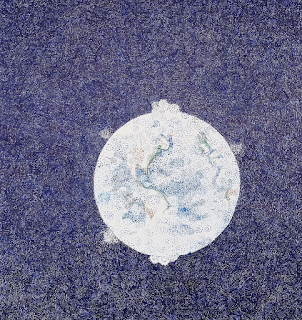 The first Earth Day in 1970 was also the day I enrolled at the Art Students League so this is a big anniversary for me. In 1970 we knew the earth was in trouble but did we have any idea how dire things would be by now?  This painting by my neighbor, Stephen Hall, is titled  "Toothpaste Cannot Go Back In The Tube" "The Orangutan is holding up a toothpaste tube, not only as a piece of plastic garbage left by humanity but also as a metaphor for the irreparable damage we are inflicting on our world." I identify and commiserate with the Orangutan but , because my mother always told me that it's better to light one candle than to curse the darkness, I have turned to this; Can you read it?  it's a zero waste replacement for your toothpaste.  Can I hear an amen? My dental floss now comes in  paper, not plastic. I've also started washing my hair with cake shampoo and I can testify that it works just well as the stuff that comes in plastic bottles.  Next time we
Post a Comment
Read more 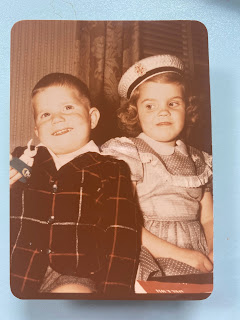 One of life's greatest pleasures is holding a small child in your lap and reading a story. As thrilling as it is when they start to read for themselves, it's also sad. I don't quite remember being the small child but I do remember the way my mother always cleared her throat before she started reading. Teddy and I had a  special favorite with I am happy to recommend to you; Go Dog Go, by P.D. Eastman; this is also a favorite of Lin Manuel Miranda and his son, so we're in good Company. It's a book about dogs; big dogs and little dogs, blue dogs and yellow dogs, dogs going in and dogs going out, dogs going up and dogs going down. It has a sub plot with a lady dog and a gentleman dog, who isn't very nice at first. That became a game for Teddy and me.  I'd ask, "Do you like my hat?" and he'd reply, "I do NOT." I'm sorry to say that Teddy tired of that game before I did. In the end, the gentleman dog realizes that he likes both the la
Post a Comment
Read more

Barbara of the Day: Babs Reingold 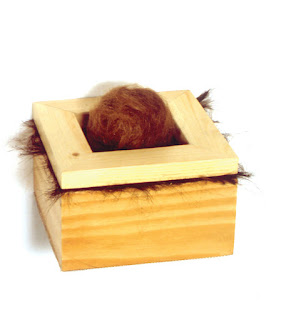 I'm taking this chance to let you know about one of the Barbara's I told you about in my Saint Barbara Project! Venezuela-born American artist Babs Reingold creates sculptures, drawings and installations, focusing on the environment, poverty and beauty. Artists Talk on Art Presents " Elisa Pritzker & Babs Reingold " Monday, April 11th, via Zoom  at  7PM EST Artist Babs Reingold joins Elisa Pritzker for a conversation about her work on beauty, poverty and the environment. Artist/writer Etty Yaniv in her magazine “Art Spiel” states: “In her multilayered installations, Babs Reingold brings together drawing, sculpture, found objects, and at times, video, to create potent environments alluding to the  body, the environment, and the passage of time ... Reingold’s installations inhabit spaces as an alternate force of nature and take a life of their own.” TONIGHT  Monday, April 11th  at 7PM  Eastern, via Zoom, is a part of the 2022 Artists Talk on Art schedule.  ﻿ Use Lin
Post a Comment
Read more 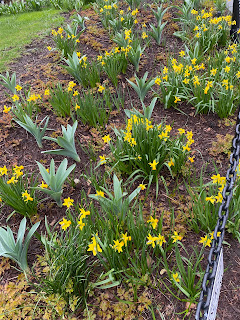 I love poetry but I love it in my own time; I want it to kind of flit across my field of vision and catch me by surprise, Like Walt Whitman's Spider, from my blog two weeks ago.  I like the way Billy Collins puts it in his poem, "Introduction to Poetry." "Take a poem and hold it up to the light, like a slide, or hold your ear to its hive." Some words stay in my mind and I keep them like treasures, to bring out when I need comfort or delight. Like Louis Armstrong--"The bright blessed day, the dark sacred night." And Dylan, "O to dance beneath the diamond sky with one hand waving free." And, "The light shines in the darkness, and the darkness cannot overcome it." And, from a hymn, that inspired the title of my blog, "Creator of the rolling spheres, ineffably sublime ." A friend once me that when she was little her teacher told her, "We must memorize poetry so that when the Communists come and imprison us, we will have
Post a Comment
Read more
More posts