Showing posts from February, 2020
Show all

You Must Take the F Train 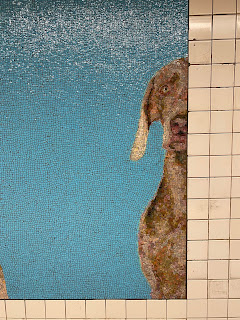 If you want to see William Wegman's wonderful Weimaraners in mosaic.  They adorn the 23rd Street station, at 23rd Street and 6th Ave. on both the uptown and downtown sides. Isn't this cool?  They're so beautiful and also funny and silly.  Bravo and thank you to the MTA. I know we all want a better chance at a seat at rush hour and shorter waits for a train, but you've got to admit, this provides a little lift.  There's a ton of wonderful art in our subways; you can check it out here; Art in the Subways
Post a Comment
Read more

A message from Kaylie Hanson Long

- February 24, 2020
Dear Friends, I am forwarding this letter from Kaylie Hanson Long.  Kaylie's husband Jeff, the son of our dear friends, Nancy and David, died in an accident in July of 2018.  Kaylie has created a special way of remembering Jeff and I want to share it with you. Hi friends and family, Hope everyone's having a great day after a long weekend. As you may know or remember, Jeff's birthday is February 25th - one week from today. Some of you know that I've received a lot of reiki following Jeff's accident (a form of Japanese energy healing based on the idea that an unseen "life force energy" flows through us). I believe energy also flows out of us -- putting good energy into the world can have such a great impact on so many people, places and things. Last year, a few of us put our good energy into the world in Jeff's honor through random acts of kindness executed on February 25th. Examples of what folks did are below... really sweet, powerful stu
Post a Comment
Read more 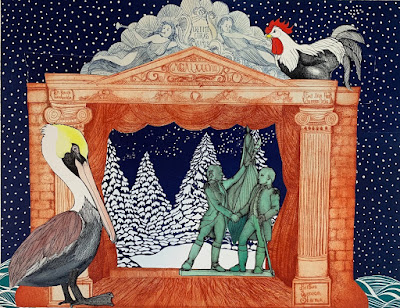 Happy Birthday to George Washington. When that other George, King George III of England, was told that at the end of his term of office President Washington would relinquish power and retire to his farm in Virginia, he said, "Then he's the greatest man in the history of the world." Yes, the father of our country was a great man but not perfect, because, oh, yeah, slavery. It's hard to love Washington as whole-heartedly as we love Lincoln. "Merci, Monsieur le Marquis.  De rien, Monsieur le Presidente."  In this collage,   General Washington expresses his thanks to the Marquis de Lafayette for his help in winning American independence.  It's a statue that stands in Place des Etats Unis in Paris. A French coq and a Louisiana heron look on. The snow-covered trees are a reminder of the winter at Valley Forge. In a New York Times op-ed this week, Alexis Coe, author of You Never Forget Your First, A Biography of George Washington ,  says that
Post a Comment
Read more 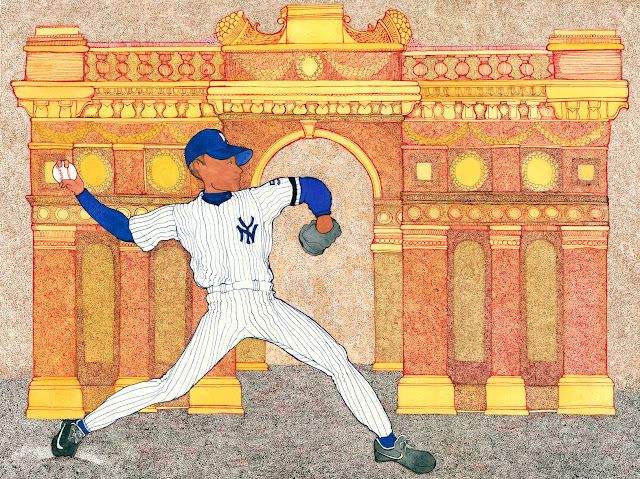 A Week of Vincent Van Gogh 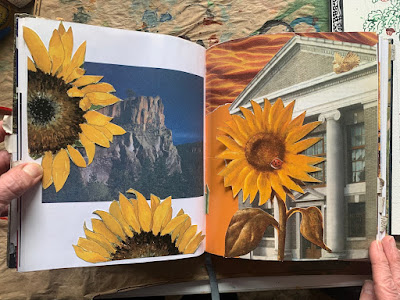 Years ago my  teacher, Leo Manso,  looked at the little book in which I was making notes and pasting random images and said, "This is a playground for you." I took him at his word and kept at it.   Eventually I started working on my yearly appointment books. Last week I browsed through 1999 and found a celebration of Vincent Van Gogh.  In that year both the National Gallery and the Los Angeles County Museum held major exhibitions and they must have spent a fortune on their advertising; the magazines were full of these gorgeous reproductions of his paintings.  I really went to town.  A playground indeed. Then I made this collage with several etchings and a drawing.  It's titled "Claude Monet Greatly Admired the Work of Vincent Van Gogh"
Post a Comment
Read more
More posts