A Few Thoughts On Green 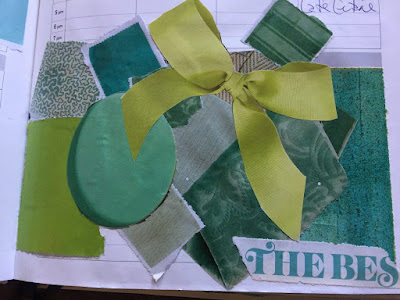 Saint Patrick’s Day and the wearing of the green has gone by but green is still on my mind.
Little glimpses of jade and chartreuse are popping up in my neighborhood. And I’m reminded of everything that green promises and provides. “Green is the prime color of the world, and that from which its loveliness arises,” says Pedro de la Barca, but not everyone agrees.
The first time I saw Vermont in the summer I was stunned by the green of those hills. It was beautiful, but overwhelming.

When Georgia O’Keeffe was first married to Alfred Steiglitz they spent summers at his family home in Lake George.  She did some great work there, but she wasn’t inspired. “It’s so green,” she said and it wasn’t a compliment.  It was the open expanses of the Texas plains and the earth tones of New Mexico that really excited her.  And I think it was something beyond color; it was seeing the earth’s bones.  Greenery covers everything. Remember what I said in my blog post, A Letter to my Hips. In drawing class you’re trying to see the bones under the skin and muscle.  I think O’Keeffe wanted to see the earth’s bones,  just as she painted the beautiful bones she found in the desert. She was looking to strip away everything that prevented her from seeing the very basic forms that inspired her. She found the place that nurtured her in New Mexico and I found mine in New York City. 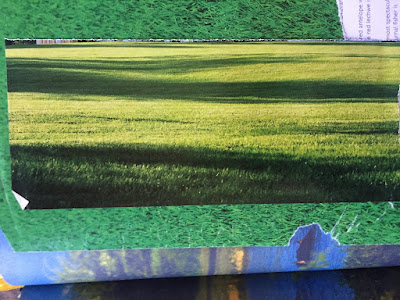 An image that tugs at my heart every time I see it is the green of the late afternoon sun shining through leaves of grass.  This is poignant to me; it heralds the end of the day, the end of summer and missed opportunities.   It also awakens an uneasy feeling that I’m not living my life as I was meant to.

My brother once asked me, “If you could live anywhere in the world, where would it be?”
And I said, “Right here.”

“If you could live anywhere in the world?”

Since moving to New York City I have never wanted to live anywhere else but I was raised in a leafy suburb and then we moved to Vermont.  Living surrounded by grass and greenery felt like the right way. Was I depriving my children?

For a while Arthur and I dutifully looked at houses in the suburbs but we soon realized that all we asked about each town was, “How fast can we get into the city?”  We gave up the search and settled in the Village.  But I still had the nagging feeling that glowing blade of grass gave me.

O’Keeffe live in New York City for a while, and did some wonderful paintings of the tall buildings and bright lights but she didn’t love it like I do.  We each have to find our own place.

The main source of my unease was my mother. She never gave up trying to get me into a house with a lawn.  She had a lot of creative energy and, like Aunt Connie, she poured it into her home.“You love to draw houses,”she said, “don’t  you want one of you own?”

I love houses, I dream about houses but I don’t want to own one with all the plumbing, roofing and lawn care involved.  The little house in my calendars changes her shutters every month-imagine doing that for real. I love gardens too, but it’s enough for me just to draw them.

Mom didn’t get it, but I didn’t get how she would play golf everyday if she could.

Now she’s gone but I still talk with her.  I imagine really listening to her, and speaking so she hears me.  Then I look around my apartment and see all the things she left me-not only her collection of cast-iron Boston Terriers and her good china.  She taught me to make a homey home, to throw a party and invite my friends in, to cook, to clean up as I go along, a sense of order and tidiness.

This is a lot to put on a blade of grass.  A color.  But that’s what comes up, when I see that  place of grass, illuminated by the afternoon sun.. 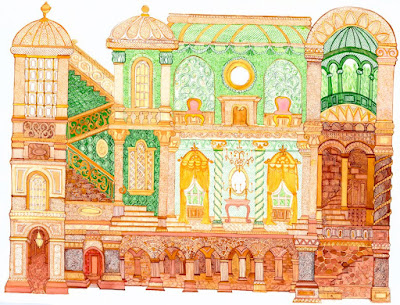