June is the Month of Dads and Brides

Sunday is Father’s Day,  so here’s an album of some of my favorite Dads.

This is my grandfather, Harry Brown, with my mother and her big brother, Alan.  Sorry it's so fuzzy, but I love this picture. Note the Model T in the background. 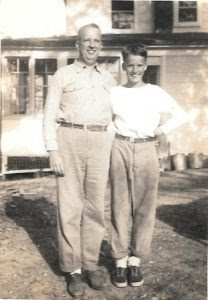 My Dad and his Dad, Robert Swanson, Sr. and Jr. I can tell by the shadows and their clothes that it's early morning and they're about to start a big work project. 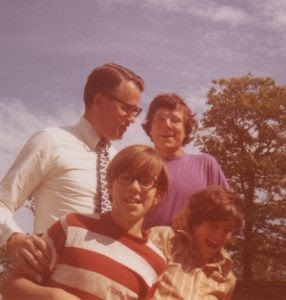 Dad and his three sons, clockwise from Dad, Alan, Robby and Larry. 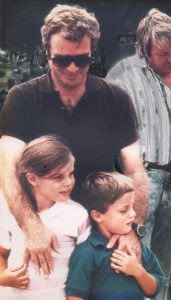 Arthur with Jessie and Sam. 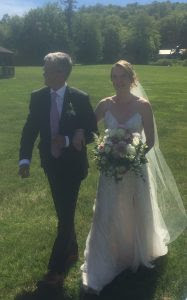 My brother, Rob, and his daughter,  Katie.

Last weekend the Bob and Ginny branch of the Swanson clan met on a mountaintop in Vermont with the Pratt family and a multitude of friends to celebrate Katie and Eben’s wedding.

As Justice Anthony Kennedy said,
“No union is more profound than marriage, for it embodies the highest ideals of love, fidelity, devotion, sacrifice, and family. In forming a marital union, two people become something greater than once they were."

Now marriage is for everybody.

This month we celebrate Loving Day, the anniversary of Loving v. Virginia, the aptly named 1967 Supreme Court decision which vacated the two 1-year sentences of Richard Loving and Mildred Jeter Loving who each pled guilty to a law criminalizing marriage between persons of different races, on the grounds that the Virginia statutory scheme violated the equal protection and due process clauses of the Fourteenth Amendment.

That decision was relied upon in U.S. v. Windsor, which granted Edith Windsor a marriage exemption of $363,053 after her Canadian-wed wife passed away and the IRS denied her estate tax refund, striking down the Defense of Marriage Act as unconstitutional in the process.
It was most recently cited in Obergefell v. Hodges, which held that Michigan, Kentucky, Ohio, and Tennessee’s statutory definition of marriage violated the Fourteenth Amendment and recognized a marriage between two people of the same sex when their marriage was lawful licensed and performed out-of-state.

On June 26, 2015, when that decision was announced, my neighborhood bloomed with signs that said, "LOVE WINS!"

At my church this Sunday we'll have heart shaped sugar cookies and chocolate kisses to share the sweetness because love is love is love.