I first encountered Joseph Cornell at a show of sculpture at the Whitney Museum.


This is the piece I saw; it's titled "Taglioni's Jewel Box." 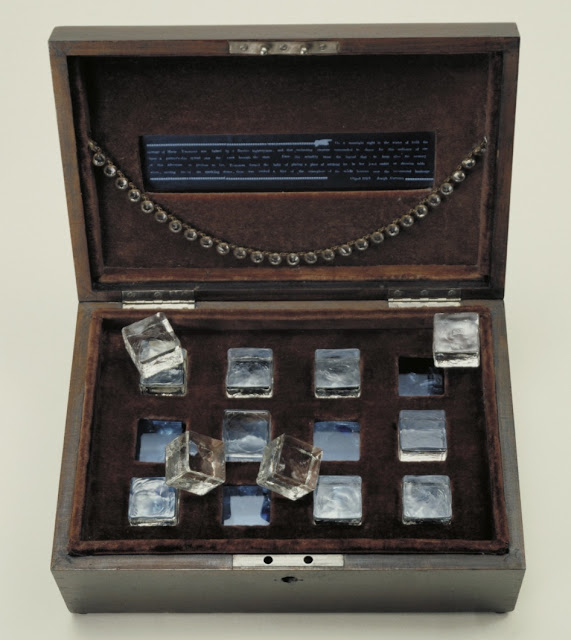 Joseph Cornell thought outside the box while making beautiful little boxes. He was a pioneer of assemblage--taking found objects and making art.  He never traveled and spent his life caring for his mother and his brother who had cerebral palsy.  But he clearly sought and found exaltation.

I thought about him for years and couldn't figure out how to incorporate what I loved about his work into my own.  I made a few Cornell boxes of sorts with my children's shoes.  They were so dear and evocative that I couldn't throw them away so I made them into art.  this is more scrapbook than art, but I kept thinking about Cornell and his magical way of taking odd little pieces and making something sublime.

I paid homage to him in this collage; 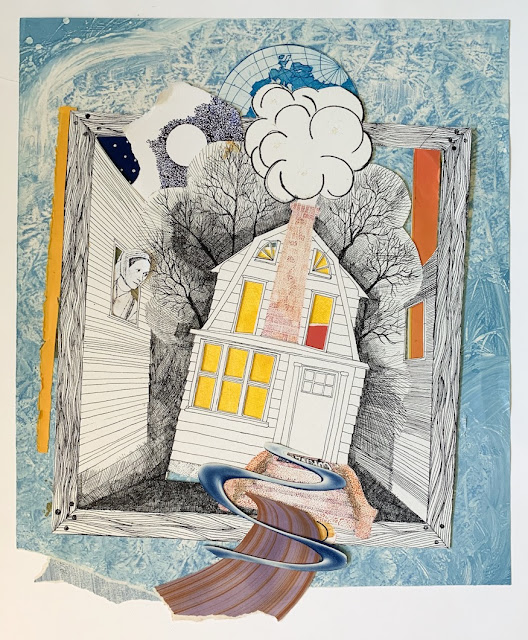 a drawing of his home on Utopia (!) Parkway--an ordinary little house in which extraordinary things were created.  I followed his lead by adding pieces from other works, including a portrait of Lady Cecily Heron by another of my heroes, Hans Holbein.  the doormat is partly covered but it says, Cornell.

Here's a collage from my little black book; I stole the cockatoo from an for a show of Cornell's work. 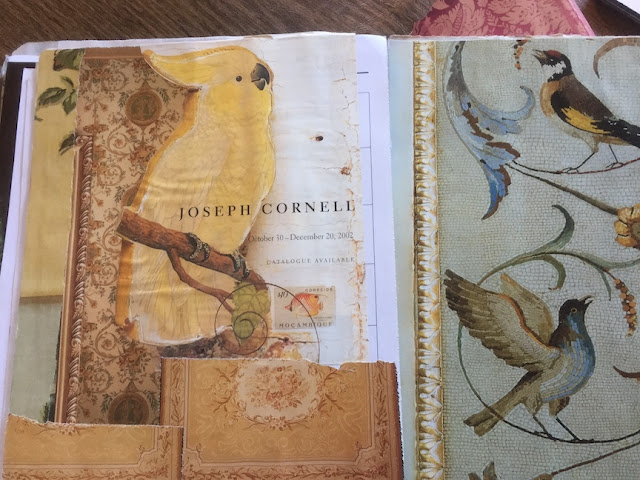 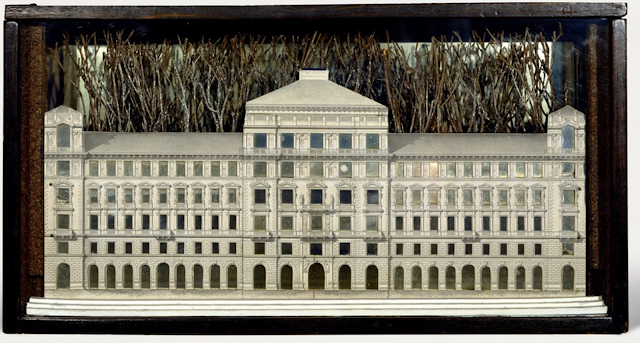 I'm not Cornell's only admirer; this is the poster for Wes Anderson's movie, 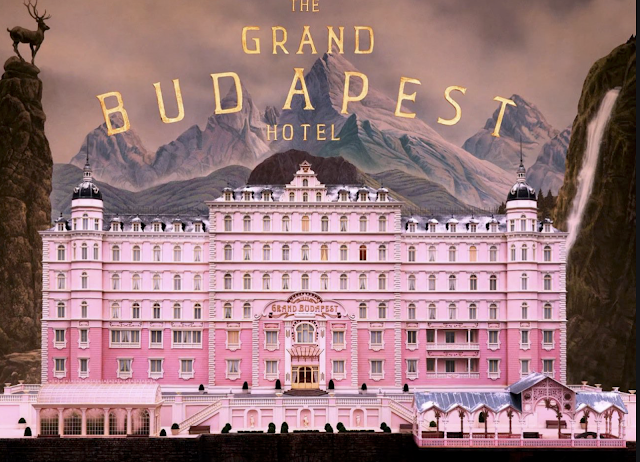 The Grand Budapest Hotel.  Do you think he ever looked at Cornell's work?
at August 15, 2019