I heard a voice from Heaven saying unto me, Write.

That's from the book of Revelations in the Bible.
I once  read in a novel, I can't remember the title or the author, "Finding a handwritten letter in the mail is like spotting a cardinal in the bird feeder." 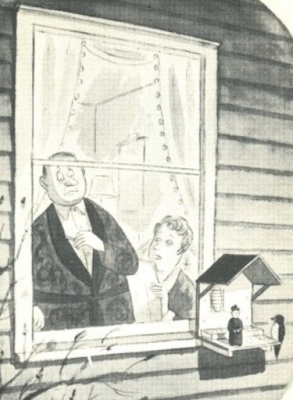 What's so amazing about a cardinal in the bird feeder?

I couldn't resist that. Thank you, Charles Addams.

Here's a cardinal caught by my brother, Rob, at his birdfeeder. 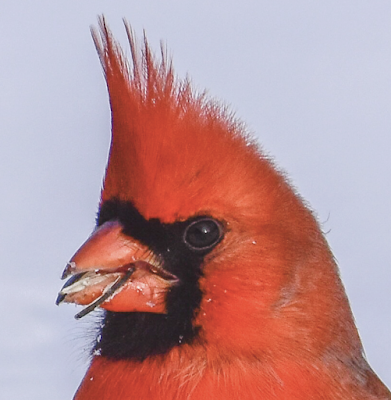 But enough about birds--I really want to talk about letters. 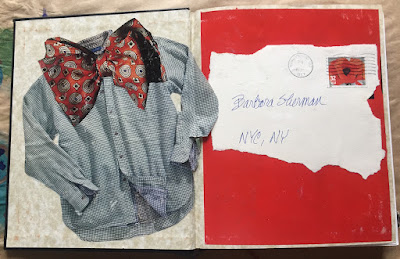 This collage is from 1998, in my early days of decorating my datebooks.  On the right is the envelope for a birthday card from my friend, Doug.  I remember the lift I felt at finding it in the mail-- seeing hisdistinctive writing and the Georgia O'Keeffe stamp.

My grandmother was a letter writer.  Dad told me that when he was in the army, in training at Camp Hale in Colorado, he got a letter every day.
A man who worked in the mess hall said to him, "How's Janet?" Dad realized he had been reading the letters Dad threw in the trash.  I so wish we still had those letters--they must have provided a lively picture of life at home.  Uncle Dan told me that each one of her children, and she had five, received a letter every day when they were away at school. She had a laundress and a cook, but still.

I love getting letters.  When I was teaching at Trinity School and Robin Lester was the Headmaster I would frequently find a handwritten note in my mailbox--"Great job!" "I passed a group of kids admiring your pictures in the hallway!"  "Congratulations!"
I wasn't alone-- my colleagues said they got notes as well.  I've kept those notes and read them over once in a while, to bring back those days.  Robin believed that teaching is a noble profession and he made his encouragement real--he put it in writing!

I've also kept letters of condolence and I sometimes re-read them.  Yes, it makes me sad, but it also brings back my lost loved ones and reading that someone else knew and loved them is a lovely thing.

My mother used to say, "To get a letter, write a letter."  So I try.  I'll never live up to MomMom
but I try. If I could send you each a handwritten letter every Friday--Wouldn't that be nice? 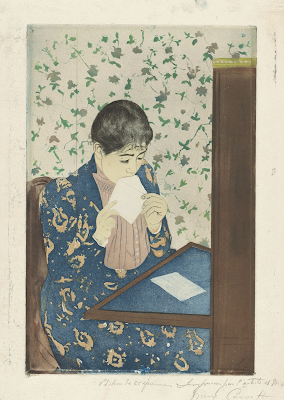