Tuesday was the birthday of my brother, Alan Richard Swanson.

Here we are in our early days. 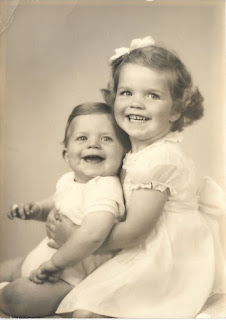 I can’t say I greeted him with open arms, despite what it looks like here.  He was an unwelcome intruder in what had been a perfect family unit-just Mom and Dad and me. I tried to make the best of a bad situation. 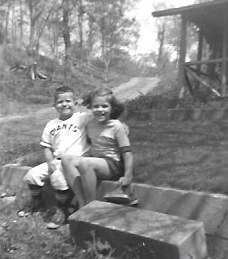 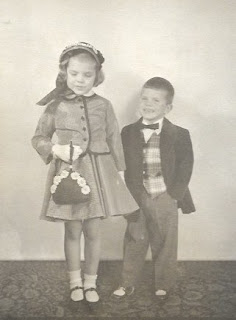 We disagreed violently on many things, and we fought.  When I had kids of my own and they fought I was careful not to complain to my mother; I couldn't take her gloating.

But over the years Alan has proved not to be as awful as I once thought. Occasionally I've come to see his point and maybe even agree with him. For instance, he made an excellent choice in his life partner and gave me a wonderful

Here he is with our cousin, Alan C. Swanson. 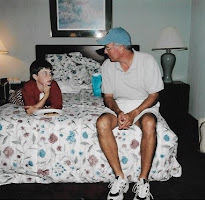 But there’s one thing I will never understand.

What is there to admire in the Three Stooges? Alan was a fanatic fan of that show which always came on opposite the Mickey Mouse Club, a far superior program.  We were allowed one hour of TV every afternoon. The deal was, we took turns choosing our shows; one day my choice, the next day his. It was a good compromise because neither of us was perfectly happy.  Then came a day when he was desperate to see the Stooges.  He offered to switch days with me and I refused.  He offered me a week of my own day and I refused.  I held out until he offered me three weeks of my own days for the TV and I held him to it.

Years later as we reminisced Alan told me that he went to Mom and asked for her help in wiggling out of the deal.  She said, “Yes, it’s a terrible deal but you made it and you’ll have to live with it.”

As I’ve observed the adult Alan in his dealings with the world he has been prudent, judicious, measured, and wise.

May I take a little credit for that? 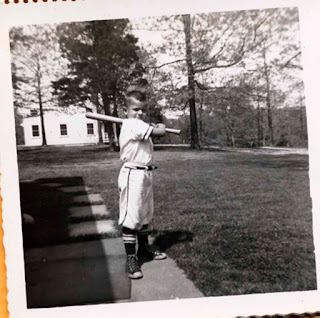 Alan was always getting into fights.  He wasn’t a belligerent little kid, he was very athletic and he just liked the action.  It drove Mom crazy, as he’d wreck his clothes.  Finally, she said, “If you come home one more time with your clothes ruined from fighting, you will get a serious punishment.”

Shortly after that, he came home with the obvious signs of a fight and Mom said, to my delight,

Then Mom got a tearful phone call from Mrs. DeArmond,

"Ginny, I want to thank Alan."

Thank Alan?  Her son, Ralph, in Alan’s fourth-grade class, had cerebral palsy, and so was a target for bullies. Alan had come upon a gang beating up on Ralph and jumped in, saying,

“Okay, now pick on someone who can fight back!”

According to Lucy Van Pelt, of the Peanuts cartoons, “Little brothers were put on this earth to do what their big sisters tell them to do.” My little brothers never got that message but I wouldn't trade them. 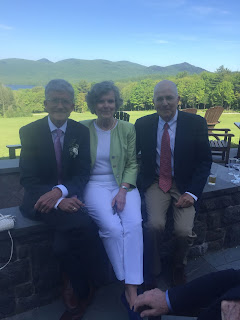 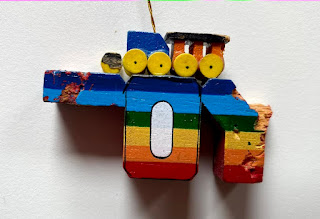