A statue of someone we can feel pretty good about

In all the talk and uproar around statues, I've found some that we can ponder and appreciate.
This is Doctor Benjamen Rush, Founding Father, a signer of the
Declaration of Independence, physician, writer, educator, humanitarian, author of one of the first major essays against slavery in the Colonies, founder of the first anti-slavery society in America. 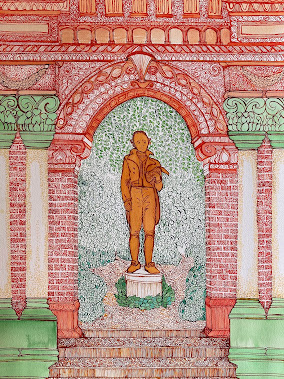 He said, "Temperate, sincere, and intelligent inquiry and discussion are only to be dreaded by the advocates of error. The truth need not fear them..." 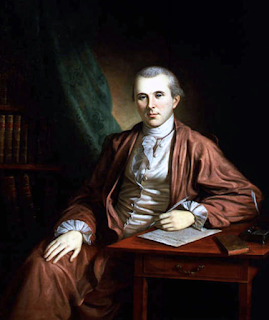 He wasn't perfect; in 1778 he wrote an anonymous letter criticizing George Washington and suggesting he be replaced as Head of the Continental Army, and this fervent abolitionist actually owned a slave.
Huh?  It's always complicated--he never said much about this; as I would imagine not.
As an educator Rush believed that, as nurturers of virtue in society, women deserved to be educated and patriotism should be deeply ingrained in women's thoughts. He wanted them to be instructed in the principles of liberty and government as well as sewing and housekeeping.  Not that he thought women should be leaders, but that they would raise men to be leaders.
Wouldn't it be nice to look at his ideas as antiquated but almost two hundred years later, Dick Gregory, the great comedian and Civil Rights activist, spoke at my women's college.  We got all excited about joining the cause and then he said, "Ladies, what can you do? Why, yours is the hand that rocks the cradle.  You're gonna raise enlightened men."
Really, Dick?  That's all women can do? You're going to wait for another generation for freedom and justice?
That's l'esprit d'escalier speaking,  or what I should have said--what I wish I'd said.
I'm glad to say I didn't just rock the cradle and neither did any of the women I know and love although we've raised some pretty fine citizens while seeking to change the world for the better.
We're all doing our best and I mean everybody! 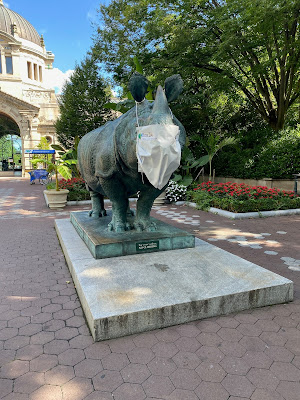