Love is in the Air 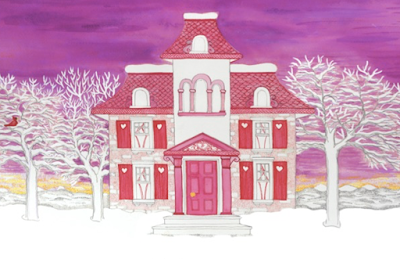 When I was in Taguasco, Cuba on a church trip I asked our host if the town had a synagogue and where all the Jewish people were--or if there were any at all. He raised his eyebrows and asked why in the world I asked.

I put my arm around Susan, my roomy for the trip and said, "We're both married to Jewish men."

He had to agree.

When I say the Lord's doing I mean that, whatever your credo, meeting your life's partner, or falling in love,  is a sacred moment.

How did you meet your Valentine?

I met Arthur when he came to my door after a long phone conversation.  My friend, Margaret, an actress who had worked with him had said, "Arthur, I know just the girl for you and if you don't call her I'll never speak to you again."  He didn't want to make an enemy so he called me and it's all worked out pretty well. We had our first date at Joe Allen's. 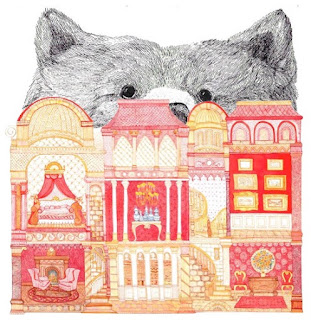 My mother told us she met Dad in her own living room.  She was dating Bob Wylie and one evening his buddy Bob Swanson tagged along.  For a while they all hung out together but eventually she knew that Bob Swanson was the one.  Bob Wylie was best man at the wedding.  After Mom and Dad had died I met him at the school he and Dad went to and he said, "I can see both your parents in your face."

My grandparents on the Swanson side met at Marble Collegiate Church here on Fifth Avenue where they were both active in church life.  She volunteered to wait table at a Men's Association dinner.  Looking out from the kitchen she saw where Bob Swanson sat and told the other girls, "I'll take that table."

I think my favorite story comes from my mother's father, Harry Brown; this is his account of how he met Mildred Conklin.

"I had seen her around town and she told me that on July 4th she would be at the town picnic.  I got there after dark and couldn't find her but then the fireworks started, the sky lit up...and there she was."

What's the story in your family? In these days of isolating for our safety our stories can connect us to each other and to the ones who are no longer with us.  Are you sharing your stories?  I'd love to hear them. 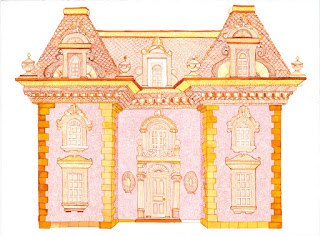 The first sign of Spring!!  Is this early?  Spring can't come too early for me. When I was little forsythia was one of my favorite word... 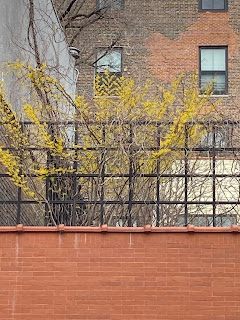