Today is good Friday and we're in the midst of Passover.
This will be our second Easter and Passover in quarantine, and even though there is reason for hope that the end is near I really miss gathering in church, and then having a big crowd for dinner.  Two years ago we had a Seder/Easter dinner. Here's what I wrote then. 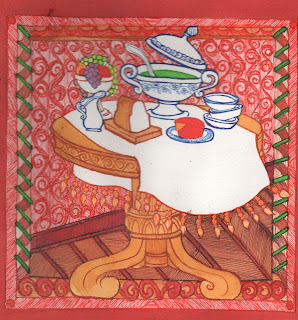 Today is good Friday and we're in the midst of Passover. When these two holy feasts come together I think back to my daughter, Jessie’s, first year.  I hadn’t given much thought to her religious education; I was just trying to sleep through the night.

But it was a big question. Jessie had a Jewish father, Arthur, and a Christian mother, me.  Arthur had very little religious upbringing and I had taken some time off from church wrestle with some  issues in my evangelical background. Up ’til that point our biggest conflict had been what to say at our wedding; so—no Father, Son and Holy Ghost, but we did say the Lord’s Prayer.  Arthur said later he loved hearing all our friends speaking aloud for us.

So it wasn’t exactly a conflict, but I wanted to know more. I needed to learn something about Judaism. Where to start?

My friend, Linda, invited me to visit her parents in Florida to celebrate Passover, a holiday I didn’t know much about.

Her mother taught me to make gefilte fish and motzoh balls and how to set the table with the seder plate, and glasses of wine and a place set for Elijah. We had fun cooking together. 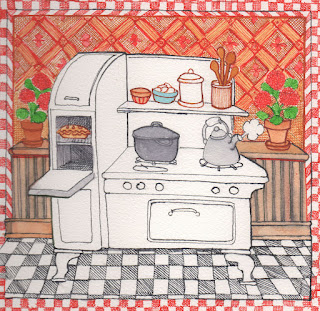 Then we all sat down and began.  We opened the Haggadah;
(The Haggadah is a Jewish text that sets forth the order of the Passover Seder. Reading the Haggadah at the Seder table is a fulfillment of the mitzvah to each Jew to "tell your children" the story from the Book of Exodus about Yahweh bringing the Israelites out of slavery in Egypt, with a strong hand and an outstretched arm. As it is written in the Torah, ("And thou shalt tell thy son in that day, saying: It is because of that which the LORD did for me when I came forth out of Egypt.").
When we began to read the old Sunday School stories came back to me.
You see, Pharaoh, a wicked king, had a dream that a great leader was about to be born of his slaves, the Israelites,  who would  lead his people out of captivity.  So Pharaoh commanded that all first born sons of Jewish families should be killed.

One mother, named, Yocheved, saved her baby by putting him in a basket and floating him down the river.  Miriam, the baby's big sister, watched the basket, and when Pharaoh’s daughter, bathing in the river, found the baby in the bulrushes, she spoke up.  "I know someone who can take care of him for you." And so the little boy grew up under the protection of Pharaoh’s daughter, who took him as her son and named him Moses.

Let’s hear it for the big sister.

When Moses grew up he noticed how cruelly the Egyptians treated their slaves, so he went to live with his own people, the Israelites.

One day when he was out walking he saw a bush that was on fire but it didn’t burn up, and the Angel of the Lord appeared out of the flames and then God told Moses that he must save his people and lead them out of Egypt into Canaan, a land of milk and honey.

There’s a great song about this;“Go down Moses, way down in Egypt Land, Tell old Pharaoh, Let my people go.”

It took some convincing, because Moses, who had a stutter, was not confident about his speaking skills but God told him to take his brother Aaron with him.

Pharaoh said no.  God had showed Moses how to turn a staff into a snake and back again and  Pharaoh was impressed but his heart was hardened and he still said no so God sent the plagues. Locusts, blood, boils, drought, frogs, hail. The worst was that every first born son would die.
God told the Israelites to make a sacrifice of a lamb and put the blood on their door frame, and the Angel of Death would pass over their house.  And that’s Passover.

Then Pharaoh said, “Okay, go,” and Moses and his people got up and left, taking only unleavened bread; That's why weavoid leavened bread for the time of Passover and only eat Motzoh.
Pharaoh changed his mind and sent an army after them but God parted the Red Sea, the Israelites crossed in safety and then the water came back and drowned Pharaoh’s army.

Then the people spent forty years in the desert, and Moses went up on a mountaintop and God gave him the Ten Commandments and eventually they got to the Jordan River.

It’s an awesome story and it belongs to all of us.  For me it resonates with the American Revolution, the Civil War, the civil rights movement. It’s all about the quest for freedom and the rights of all people to be free.

And then I realized that Jesus was celebrating Passover at the Last Supper, when he told his friends, this is my body…do this in remembrance of me,” the beginning our own ritual of communion.
I was overwhelmed.
Linda’s Mom said, “So, you gonna convert?”
Before I had an answer Linda’s father said, "You don’t need to convert, or even join Jews for Jesus. You just want a wider view of the world and where you fit in it."
Well, Exactly.

So I’m not choosing between the two faiths of my family.  I’m clinging to the things that bring us together.

Let us rejoice together in the miracles of Rebirth and Renewal, and of the search for freedom for everyone.

What are my grandchildren learning?  They have a menorah and a Christmas tree.
Molly said to Jessie, “I have a father who’s Jewish, right?”
“Right.”
“And my mother is…Manhattan-ish?”
Well, it's a start.
Speaking of rebirth and renewal, yesterday was opening day for the Yankees, and the Mets will have to wait a few more days because their planned opponents, the Nats, had a case of exposure to Covid, but we're all excited about welcoming Baseball back.  And speaking of not choosing between two faiths, or two beloved entities, can't we all get along?  I once heard a young woman proudly state that she hated the Yankees--and she was in church!  I still haven't gotten over it.
I am a New York Fan.
Until the bottom of the ninth, seventh game of the World Series, with a tie score, I will not choose between the Mets and the Yanks, but rather cheer for both of my teams and wish them all well.
In 2009 when Jessie married Lee, a Boston boy, I even opened my heart to the Red Sox. 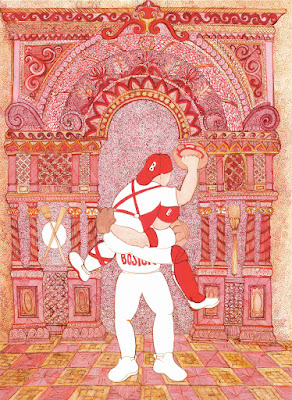 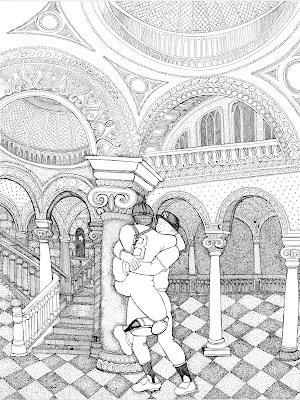 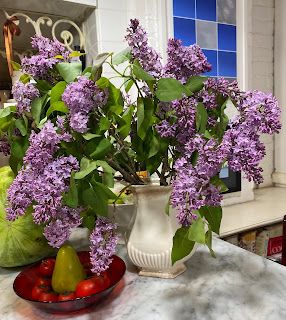